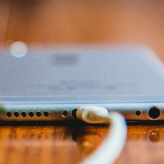 The battery on the iPhone 6 and 6s has become a source of contention for many users, who find themselves constantly looking for a place to charge their phone. In an attempt to remedy this problem, Apple has released a new smart battery case designed to significantly extend your battery’s life. Does it really work? Let’s take a look at what the case offers and whether it can truly deliver on its promises.

It’s no secret that the battery life of the iPhone 6 and 6s leaves something to be desired. And while Apple won’t openly admit to this problem, they have released a product designed to give your battery some extra juice. The new smart battery case works as an extension of your phone’s battery, and will give you roughly ten more hours of phone calls or eight extra hours of Internet usage.

While it sounds great in theory, you probably want to know a little more about it. Not a problem – here are some more details to help get you charged up about Apple’s new smart battery case.

How does it work?

It’s actually a fairly straightforward process, and one that even the most technically challenged person can understand. All you do to activate it is slide on the case. It does the rest by itself from there, acting as a charger for your battery until it runs out of juice. When that happens, your phone battery will take back over. Charging the case is as simple as charging your iPhone. Both phone battery and smart battery case will charge simultaneously when connected to a Lightning port.

Benefits are noticeable, but not unique

As soon as you slip on the case, you should notice a significant increase in battery life. However, critics have pointed out that the performance, while acceptable, is far from the best on the market. Several similar cases can perform as well as, or even better than, the Apple smart battery case.

A hump of a design

The design has been labeled the “hump” by many, because of the case’s unique humpback. Given the relative slimness of the iPhone 6, and in particular the iPhone 6s, the hump can be quite noticeable and will bulk up your phone. That said, the case is made from silicone and can easily slide on and off your phone. It is available in two colors, charcoal gray and white, and features the Apple logo on the back.

The retail price of the new smart battery case is $99. This places it at the high end of the market when compared with similar devices out there.

The Apple smart battery case will help extend your battery life, almost doubling it. As always, you can expect Apple to use the best technology and materials. The truth, though, is that the design will make or break it for most people. The battery case has been widely mocked in the press and by lovers of Jonathan Ive’s sleek design. But If you don’t mind the hump on the back, then the case does provide extra protection for your beloved iPhone. However, if you prefer your iPhone 6 or 6s at its current svelte size, then the case may not be for you.

If you have any Apple- or technology-related questions, be sure to get in touch with us. Our experts can help solve your problems, whether you need better battery life for your employees’ devices or want to hook up your office with VoIP telephony.